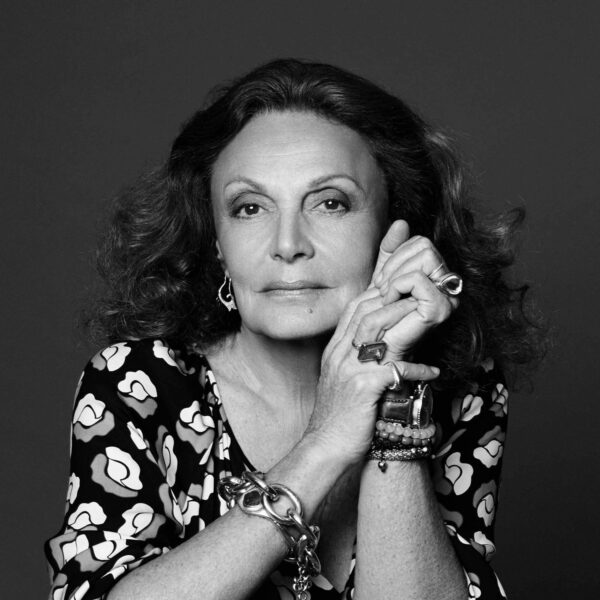 Fashion designer Diane von Furstenberg first shot to fame after designing the iconic wrap dress in the 1970s. Now she runs her global fashion empire, which spans over 70 countries. Diane’s mother first inspired her career ambition, teaching her at a young age that “fear is not an option”. This advice has served Diane because despite her success, she says that she has dealt with many failures throughout her career.

In the past decade, Diane Von Furstenberg has recognized and supported women leaders through the annual DVF Awards. Every year, attendees gather and honor women leaders, from survivors of gender based violence, to activists and justice warriors. On the podcast this week, we have the pleasure of hearing from Diane about why she considers the empowerment of women a gift — and what each of us can do to champion the women in our lives.